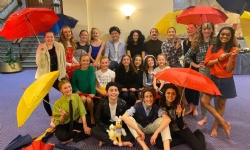 On Monday, 2nd March, 44 dance students from The West Bridgford School attended the Regional Great Big Dance Off Competition at The Royal Albert Hall.  The West Bridgford girls had been working hard, preparing for their performances since October.

The dance students demonstrated prowess and elegance within four compelling dance pieces.  The first to perform was the Key Stage 3 dance piece, entitled ‘I’ll be There For You’, which was a tribute to the television show Friends, which was celebrating its 25th Anniversary. 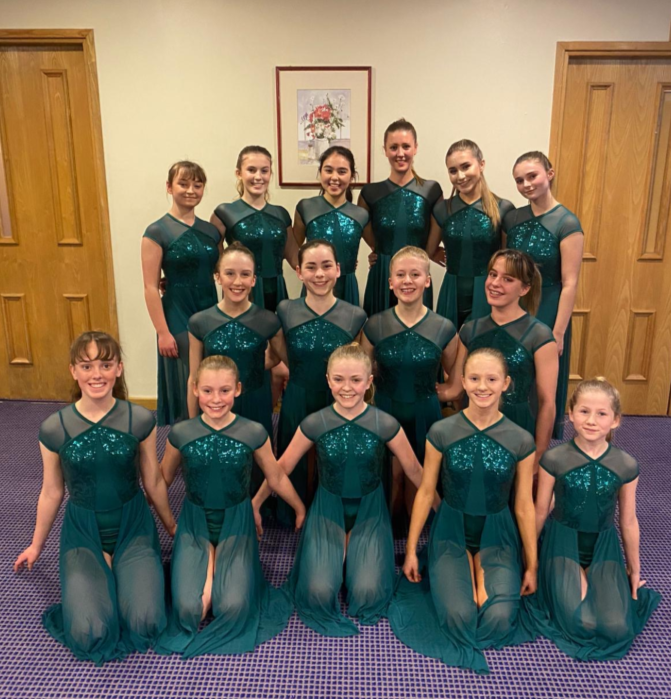 All 21 girls came up with their own costumes; each one a character from the show.  From Monica, Chandler and Rachel to Richard, Janice and Gunther, all students really looked the part and performed fantastically with their bright umbrellas and sharp movements, which all took place around the ‘Friends sofa’!

The second piece to perform on stage was the KS4/5 dance entitled ‘Paparazzi’, which communicated the volatile relationship between the media and celebrities.  This 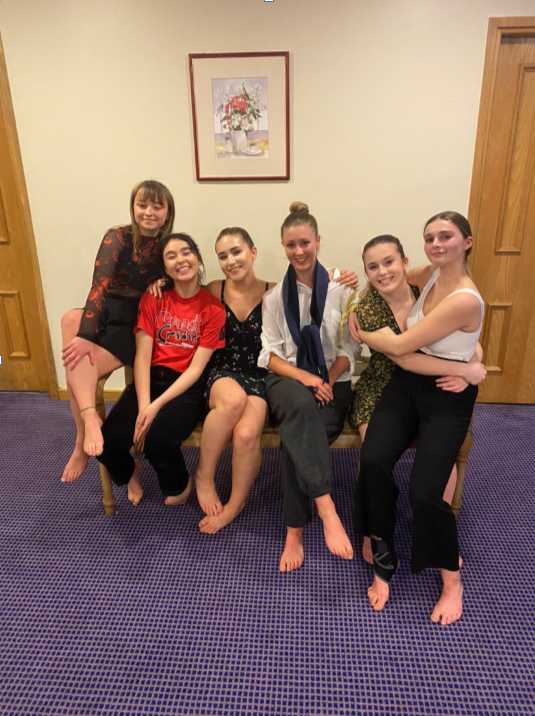 again saw students dress as their own celebrities against the black dresses of the paparazzi, who danced with their newspapers and their stern facial expressions.

Following the interval there were two West Bridgford pieces left to perform.  The first was entitled ‘The Place We Met’ - a KS5 dance where the sixth form students had created the movement content for the piece.  This piece focused on the idea of a park bench and the relationships which may be developed and witnessed from the bench’s perspective.  The narrative of the piece built in 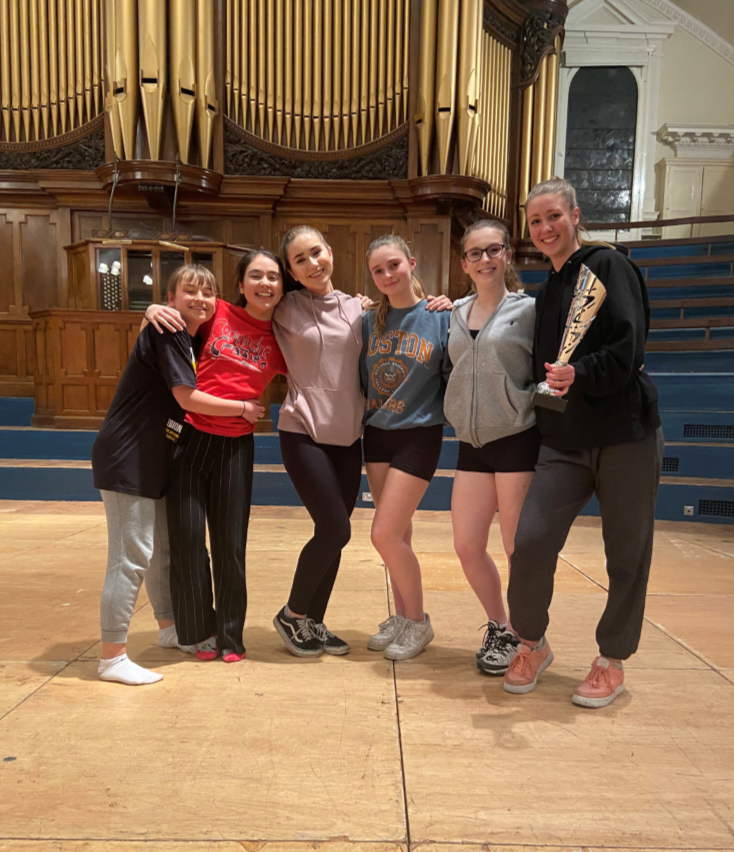 complexity to see relationships strain, new relationships develop and finally saw a discarded scarf placed softly on the bench, representative of lost items being placed lovingly in public places.  The piece was beautifully performed by Tass, Charlotte, Grace, Connie, Nell and Lucy and truly captured the audience when silence fell as they performed.

The final dance performance was a KS4/5 piece titled ‘Shake it Out’, which conveyed the idea of breaking free from social conforms and the fight to express yourself individually.  The students took to the stage in flowing jade dresses and danced beautifully, with elegant leg lines and explosive leaps and turns. 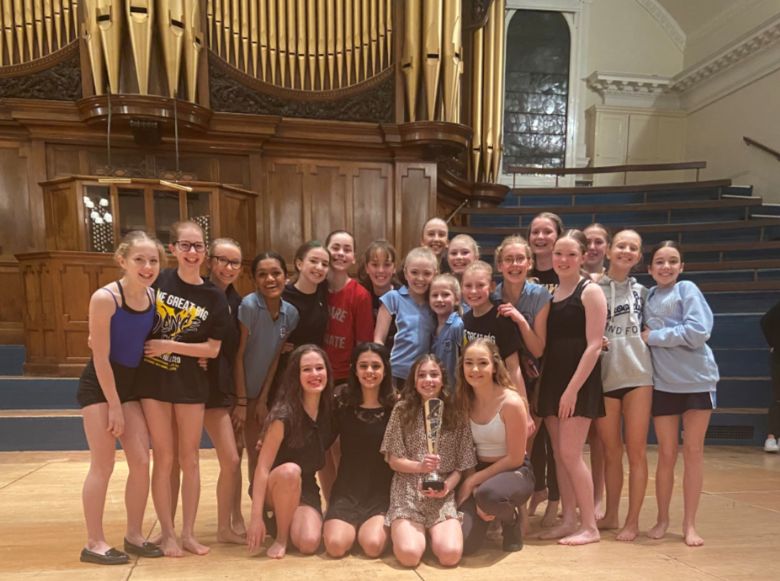 Following the performance, we gathered in the auditorium to receive the results; a very tense time where schools from across the East Midlands, including Sheffield and Leicester, attended to perform at the competition.  The KS3 results were announced and we listened carefully as 3rd place and 2nd place results were given.  We were ecstatic to hear ‘The West Bridgford School’ called as the KS3 girls took first place with their dance ‘Friends’ - a fantastic achievement for the young West Bridgford Dancers, giving them the title Regional Champions!  It was then to the KS4/5 dance presentation where again we waited to hear if any of the groups would be placed in the top three.  Finally, they announced ‘The West Bridgford School’ again and the KS5 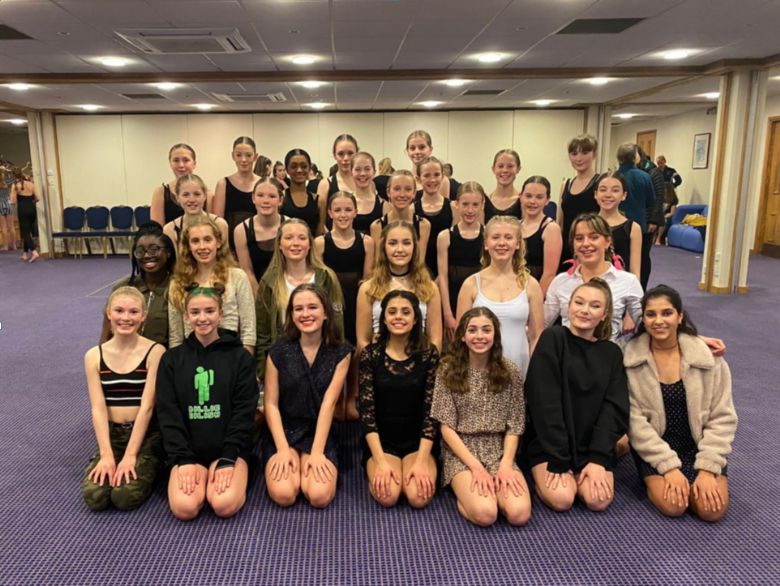 girls jumped out of their seats elated, taking to the stage to receive their trophy for their dance ‘The Place We Met’.  A double win for The West Bridgford School girls, a fantastic result for all who competed including those who performed in pieces which did not qualify this time.  The two dance pieces will now be performed in Cheltenham at the National Finals on Monday, 29th June, where they will compete for a place against the top schools in the country! As the girls enjoy this Friday off rehearsals I hope they reflect on their massive achievement and know how proud we are of them and their performances.  Congratulations to all the girls involved - you were amazing! 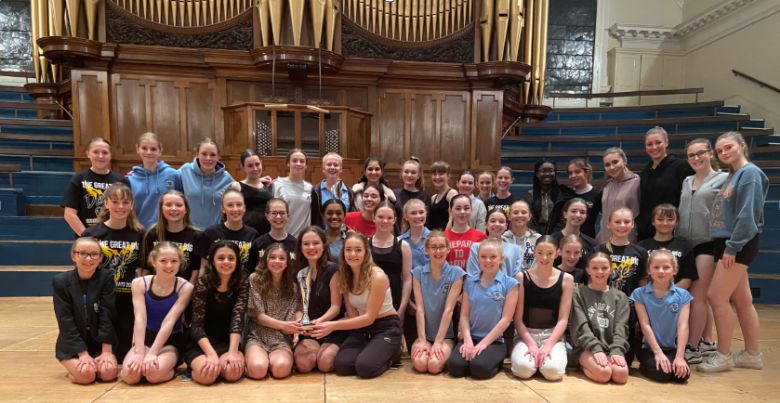